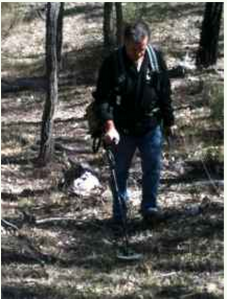 The lure of gold has driven men (and women) to many depths and lengths over the centuries of history and I do admit to a woeful lack of knowledge when it comes to the gold history of anywhere else but Aus. A smattering of history from the gold fields of America is as good as it gets, along with the background knowledge that a lot of gold came from the Inca’s or South America’s. A lot of it plundered with the arrival of the Spanish and English seamen centuries ago and I would love to hear of some current living history from anyone out there.

However it is a personal thing to me when related to Australia. I once loved to pull out our little vial of gold-flakes and itty-nuggets and tell of the days when we panned from the creeks of the hinterlands of the Great Dividing Range with our four kids when they were young. That little vial is now gone, replaced by others with different stories born of our experiences. These all represent great times though, those times spent camping in the hinterland mountains with the wild dingo’s calling to the rising moon as they gathered their hunting pack and were heard later snooping around the tents at night looking for scraps and stray kids… yes I am serious. Days when we enjoyed showing our growing brood of little bruisers that there was more to life than ice-cream’s on a boardwalk by the ocean, or bums on seats at adventure parks. Life is rich with experiences and rewards if you cared to really look about you. 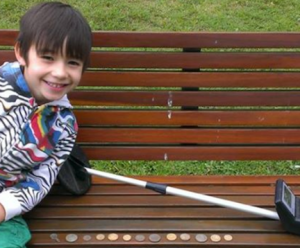 Now a-days hubby breaks out the gold detector when we are bush and waffles around having fun, digging up old bullet cases, scraps of metal and the odd gold piece, be it small change or nuggets, sometimes even jewellery. It is something we take for granted in Australia, this freedom to reap of the earths wealth be it gold or gems, it is a great way to spend a couple of weeks.

Even our grandson got out there the other week with his own version of a gold detector and managed to find $11 on a grassed tourist strip to the amazement of our international visitors and one lone somewhat resentful vagabond. He had a ball, and as our son later said… he has never seen a kid get so much out of finding the stray buried dollar coin.

Our European rel’s find this activity of ours amazing I have come to realize. They seem to have long since given up the gold hunt in the EU, though maybe not. Maybe they are just quiet about it like so many others. When we dragged some visiting family out on one of our gem hunts some years ago they were absolutely fascinated. Watching this is a lot of fun by the way as invariably our guests get bitten by gold-fever or gem-fever when they realize they can actually win wealth from the ground beneath their feet, quite easily. 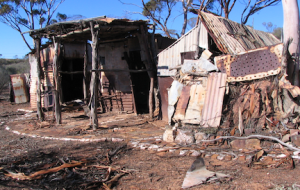 Gold and gem fever is something that we are well familiar with. We came very close to living in the Outback wresting precious opals beneath the hot desert sun many years ago when we first were bitten by this fever ourselves. It was the words of an old gouger from the fields, someone I remember with delight, who set hubby on the straight and narrow with his sage advice and a strong hand, albeit all while the other hand held a pot of grog. It comes down to life, and the life you choose to live, a choice we fortunately have in Aus. The one you will live with your young family and kids and how you will go about providing for them.

We returned to those fields for many years during holidays, all to enjoy his company and the company of his wife and the memories are more precious than the bottles of raw opal which sit pride of place on our bookshelf… witness to tales now told over the campfire and in front of the fire oven at home (that oven is another story to be told on another day).

But back to my tale of Gold… that glorious precious metal.

I have a friend, who wears a sizable raw nugget about her neck, one which was won from the ground by her hubby and it is the pride of all her jewellery yet it cost her nothing but the cost of a secure setting. I admit to envying her that nugget, I would love one of my own and while I know I could buy one the same, it would not have the value of one that we washed or sieved from the earth ourselves would have. This is what jewellery is to me. It has to have a special memory to be of any real worth in my eyes. Much of my jewellery is like this and it not only carries practical value but also a deep sentimental value and often a prized memory. It is the same for our kids, each has a gem that they wrested from the earth themselves when they were younger. Some of these grace their wives engagement rings; others hold pride of place and are the centrepiece of stories they now tell their own kids and guests. That is Australia for you and it is a wonderful thing.

You can read about one of our adventures in past blogs ‘The World that is a Gem’ just follow the link. Or ‘Off in the Bush’ which was posted while we were sketching around for gold in an old field. 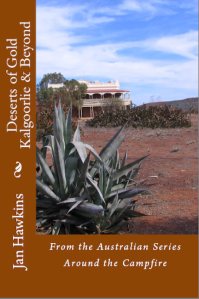 There is still a great deal of gold out there in the deserts and mountains we have discovered over the years. That which has flowed down our rivers of time over the eons of ages in our land, time which is as old as the Dreamtime. I spent a great deal of time in Kalgoorlie in the Western Australian desert country, you can read about it in my e-book publication ‘Deserts of Gold’ which tells you much about the region, one I love to revisit. Kalgoorlie holds a special place in my heart, as it is truly still a frontier town, as wild as the Aussie Wild places still are. I love to visit the history of the gold fields, the old tin humpies and the abandoned towns of a now lost era. 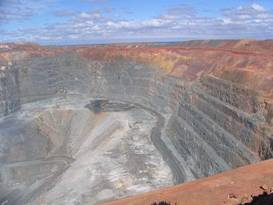 Our daughter lived there for some years as her other half worked the Super Pit and I joined her over there often as she raised her little nipper at the time. Our princess in turn worked the Boulder pub behind the bar for a time (not as a Skimpy). It was a job she thoroughly enjoyed. You see the princess has often been likened to a dove, she is petite and knows how to use her large brown eyes with complete and candid ingenuity, we know better.

Despite her small stature she had little difficulty in exercising a measure of control over inebriated males, work hardened and liquor hardened miners and dark desert men no less. She charmed them all without a sketch of difficulty and they usually obeyed her edicts and judgement without question. When she left the job, many of them were distraught as they knew her as almost family and even to this day when the opportunity arises they try to convince her to return.

The princess was raised, the youngest of a brood of older brothers who would kill for her if it was required, something her boyfriends discovered rather early in the piece usually. This reality keeps her later ex (who we know as the Scrubber) out of the State where we live and on the other side of the continent well away from her still protective brothers. However at her time in Kalgoorlie-Boulder her connections afforded me an insight into the ribald city that is often unique. Our forays into the surrounding red deserts were a whole other world that truly introduced us to a fascinating way of life for many gold seekers and desert men.

Soon though I am headed completely in another direction, back up towards the Daintree in Far North Queensland and I am very much looking forward to the visit. North of Cairns, where I am staying has a wonderful raw history linked to gold, though it is a very different world today. Today it is a tourist mecca, a drop/stop off point for the Great Barrier Reef and the wilderness that is the Daintree Rainforest, but yesteryear it was wild and raw, another gold town of old and there is still gold to be found in them there hills. If only I had a month… two… maybe three. I’ll tell you all about it in an upcoming post.

To read more travel tales, or explore the world of the Australian Aboriginal Shaman told in a fictional tale and to discover other works on traveling around Aus. visit my web at http://janhawkins.com.au and check out the discounts available for my readers and friends on ‘Where to find Jans Books’. My books can also be found at Amazon.com in both print and e-book. The Dreaming Series is also available in e-books from $3.99-$5.99 at Amazon.com.

Discover more on the “Around the Campfire Series” at Amazon.com.
E-books from 99c to $2.99 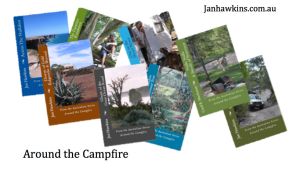 1 thought on “The Lure of Gold”