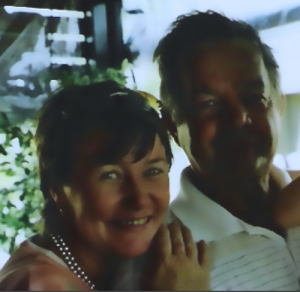 Retirement? It happened to us this week. I have been retired from the work force for a few years now and I must admit that I love it. I love not having to go to work, I love that we can manage well on hubby’s wage now the kids have all gathered up chattels and left. I love that I can spend days planning on gardening, writing, playing with the Grandies and a myriad of other things. It took a long time to arrange our affairs to this practicality.

This week however, the Man was handed a redundancy package and seriously … they did us a favour. We have nothing to complain about though organizing the management of these monies would be the number one priority. It has to last a period of time before we can expect Government assistance in the form of “New Start Allowance” or the “Old Age Pension.”

Aussie New Start?  Now there is a joke … The Man is 12 months away from retirement age and the Old Age Pension … he is in a word UNEMPLOYABLE … It is a slippery slope to the Centrelink Office and the Old Age Pension. You know that thing that they began to tax people extra for back in the last century. They pegged it at 65yrs though that age is moving now as they try to convince us that we need to work longer… into the 70’s even. Most people didn’t live beyond that age back then and the Government thought they were onto a pretty safe bet. Extra tax… extra payout. They didn’t plan on us living longer.

Well it happened! Redundant. Such a lovely catch phrase but it doesn’t describe it at all. The man went to work in the morning and came home early in the afternoon… no hint… no talkie… in a second of planning around some penny-prevalent boardroom table our lives had changed irrevocably. 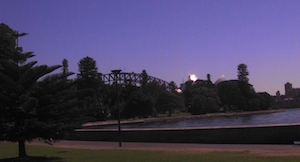 Fortunately I had planned a trip down south to Coffs Harbour and on to Sydney for this coming fortnight (1,000 odd K’s for those that don’t know geography) and then in a second the man was travelling with me. Two weeks out from our once busy life between ‘work’ and ‘work from home for me’ to take on board now… Redundancy. The R word … stands for redundancy and retirement.

To say The Man is wandering around like a stunned mullet is an understatement. That we have been preparing for retirement for years now is a blessing… we never imagined it would descend so quickly though. The Man still thinks in terms of weekend and working week when it comes to jobs but now this has all changed. It changed in a second and he is not coping with that… and I don’t know if I am either. I hate to think what it would have been like if we had not pre-planned for several years.

So we take these two weeks out and reassess our lives, our place in life and our plans for the future that have suddenly descended on us. Travel … we had planned for traveling around Aus. as part of the Grey Nomad set and that is now in full force and by a fluke of financial planning we are actually prepared for that.  Holding The Man back is the list of jobs around the house that plague his once working mind, work … house task … prep for retirement plan. This has all changed and it confuses him.

In our prep planning we have acquired the caravan, acquired a forbie to tow the thing through mud and flood … we have gone on any number of prelim trips eating up long service and holidays, you can actually read about these sorties in the Around the Campfire series … now this is our life and I am sooooooo… unbelievably happy about it.

The Man though … stunned mullet mode. One thing I didn’t plan on is nurturing The Man through this stunned mullet stage. We had planned after all, this surprise wasn’t supposed to happen!

I am gung hoe … ready to leave tomorrow but The Man is mentally back at the office desk and I have to deal with that. His mind is still planning on what to do before retirement arrives … but it has arrived and I have to deal with that and him. He isn’t ready, but I know that ready means years of prep. I saw it with my own parents when my Dad was forced early into retirement with health issues.

I fight. Fight for the right to enjoy our retirement even if it is a year ahead of planning, I have moved on to enjoying it NOW. Fight to take life by the balls and tell the world to go to buggery. This is our life.

It is a fight worth fighting for I think … I will get there.

This though has to be one of the very few curve balls life has dealt us and I think I love it. I embrace it, but now I have to make sure that The Man is with me too, along on this ride. The ride that is life and part of loving This Man to death is dealing with this curve ball.

PS… too much red wine … too much talkie … catch you later

5 thoughts on “Oldies at Large – Retrenched!”