The Roof of Queensland

The Kadimakara is an old Australian Aboriginal word that is used to describe the Dreamtime, prehistoric monsters, or the unique megafauna and/or dinosaurs (not strictly speaking) of the Australian landscape. That the word survives in a culture that has no written text is a testament to the power of storytelling.

No one instructed the Australian Traditional Aboriginal in the existence these animals. The account of them was born of experience and knowledge alone. The creatures were spoken about as having foraged and fed across the lands of Central Australia and other regions. We know also that they actually existed because they left their bleached and fossilized bones in the once great lakes and sea’s of central Australia. They are yet another account of something of which modern man has no practical written record, outside of palaeontology studies, art  and storytelling.

These things were spoken of in mystic tales, over campfires burning beneath crystal night skies back since the time the megafauna roamed the land of pre-history Australia. The written word or text on Australia only began scarcely 200 years ago if you don’t count rock art and similar oral accounts commonly ignored by the glitterati of historical records, as bent as these history accounts can be and are.

The worst thing about history taught currently is that they don’t teach us ours! As mentioned in a recent post.

I first came across the evidence in my travels on the diversity in our megafauna at Naracoorte Caves in South Australia and it was an experience like no other, one I will never forget. It was an experience that shored up my love of palaeontology and I have written about it in one of the books from the series ‘Around the Campfire’ this being in ‘Out on the Never Never’. A particularly fun trip I took across the continent with some exceptional company.

It was an experience that inspired our epic tour into the North of Queenslands later as we explored the remotest regions you can find in Queensland, Riversleigh, also a world heritage fossil site and one that inspired the popular e-book ‘A Dinosaur Tour’.

Man has been walking around the globe for the last 100,000 – 60,000 years and walking across the Australian landscape for near as long. If we were to go searching for the legendary ancient in-land sea’s and lakes of Aus. you really need to look no further than the many salt lakes and wetlands throughout the continent to find where their general location was. You then have to accept that our ancient tribal Australians were not making up these wonderful stories of legendary creatures who shaped the land, creatures now moved on to a Dreamtime world. Instead they were preserving the essence of the history of the land in the manner of the tales they told around the campfires at night.

It is the greatest shame that we as Australians don’t pay more attention to our history and heritage and it is hoped that one day we will wake up to the wonders that we are missing.

I want to step you back now, to a time, which we should recognise more readily. It is a time when the people who roamed across the Earth were still struggling to come to terms with their very existence.

The animals who roamed the land with them were such as the large diprotodon, the largest marsupial to have ever lived, also known as the biggest damn wombat ever to walk the earth and he stood taller than a man. His bones are scattered all throughout the Outback and you can find them on display in any number of places. In Aus. The megafauna dominated the continent living alongside man and very much after the dinosaur epoch in which man did not range despite what Hollywood tells you. It is believed that this period of lesser megafauna existed right up until 7,000 years ago when tribal Aboriginal man still hunted the smaller version of this guy on the Liverpool Plains which is at the back of Sydney. 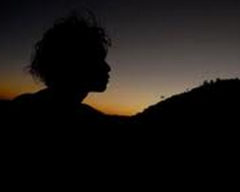 Imagine hunting this brute… skinning him as he lay out on the dusty ground using napped tools and precious volcanic glass blades so old in what was an ancient land that they would have seemed to be a gift from the Spirits. Volcanic glass was extremely precious and a valuable trade item, as it was at the earliest some 12,000 yrs since the last volcano erupted on the Australian continent. Most of the volcanic eruptions that occurred across the continent in Aus. date back millions of years and many of our volcanoes have been levelled and lessened by time leaving only the primeval core present today and fertile caldera’s which are evidence of the once majestic volcanic cones which existed in our pre-history.

It is with these ancient blades, gifts from the Spirits, that they would have cut up their prey to eat him. The diprotodon wasn’t a carnivore by nature so tribal man would not have gutted him, they only gutted the meat eaters as their foul gut spoiled the cooking meat. Instead they would have likely built a fire about him once they had removed whatever part of his hide they preferred to cure, if any at all and then likely called all the relies in to feast where he fell.

This all would have taken any number of men hunting together for a common goal, bringing together any number of mobs or families at the time. A cooroboree no less in the making, a time of celebration, initiation and alliance and a dam good party, a gathering of family, friends and dance.

The one megafauna beast that I would not liked to have met was the Quinkana, or the giant croc’ which once roamed the wetlands, though he was thought to have been more land that water in his habits. He was a top apex predator and his descendant the saltie is still up there with the crown. This guy was still hanging around 40,000 years ago and was hunted, or rather was the hunter as his diet included man as with his descendant and it still does.

In Aboriginal Lore many tribal people identified with a totem animal and the Quinkan of Far North Queensland were no different. Many of their legends are as fearful as their namesake, but you can still visit their ancient art galleries today and it is something you will very much enjoy, I promise you.

Then there were the serpents. The great serpents of Australia roamed across the land, throughout the skies and deep beneath the earth and their legend is magnificent. It is the serpents and the megafauna I write about in the Dreaming Series of books. They come to life in the character of Sean, and he is the closest of my characters to the megafauna while his mate Andrew, is closest of all to the ancient serpents. I won’t tell you their stories here but you can read of Sean in Book 2, Sky Song and of Andrew in Book 3, Spirits of the Rock and at the same time discover something of their ancient Lore.

I hope you enjoy the journey

2 thoughts on “Prehistoric Australia – The Kadimakara”