In Australia, when we are taught of our pioneers in Australian history we are told that they were sturdy folk, those who struggled to survive against often great hardships and indeed most were, if they weren’t they commonly died. They were also of many different elks… some convicts, some emigrants, some pastoralists or squattocracy and others a mixture of all of the above and including the indigenous Aboriginal cross cultural people. Emphasis here is on the world indigenous (born of the country) and of any mixed cultural heritage.

Australia’s most forgotten pioneers, those who pioneered the culture and nation we now all enjoy and benefit from, were those too of aboriginal descent, often of mixed race or dispossessed of their country. They, more than any other group should be considered as Australian pioneers as they were seen to belong to neither the aboriginal people, nor the colonial population… they were a people unto themselves largely who were disdained by other cultures because they were of mixed race and culture, in many ways they were the first true-blood Aussies. I have heard it commonly said that cross-cultural sons and daughters were too white for the blackfella and to black for the whitefellas.

They and their parents (both parents) were however true pioneers in all fields of endeavour… the greatest being the pastoral industry where both men and women of mixed Aboriginal, European and Eastern descent and of tribal origins unquestionably dominated the industry in their endeavours. They were also to be found in logging, pearling, homesteading… you name it and you will find that these cross-cultural pioneers, many of Aboriginal descent in this land were not only there, but were invaluable to the industry or commerce. I identify them as Aboriginal pioneers because they in common suffered for their aboriginality and cross-culture heritage and are largely ignored in our historical account yet by far they were by far the greatest number represented amongst our pioneers. Most aboriginal people today are the result of cross-culture unions because of the cultural practice of sharing women, or seeing them women as a commodity. I have written a past post on ‘Owning a Woman’ on this history.

Yet the rightful place of our Aboriginal and Colonial pioneers is not acknowledged in our history commonly. In many instances these first real Aussies were rejected by their respective cultures if not by their mothers. Many cross culture children in the early colonial times were killed at birth, not being seen as being part of the ‘mob’ however as the ‘mob’ became dispossessed of their country they became more acceptable to their families. In later times these were the kids who were subject to the policies which saw the rise of the ‘Stolen Generation’ though the practice of removing children from families for social reasons was widespread and endemic in our ‘English tainted’ society, not just in the Aboriginal sector, right up until the 1970-80’s. 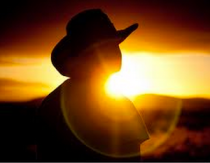 In pioneering this country many aboriginal men and women (identified as being aboriginal by their lifestyle and skill) were invaluable in the European settlement and exploration of this land, something that every explorer worth his salt would readily acknowledge. It is also something, which we are not taught nor even recognize readily today particularly in the scramble to be seen as being a leader in the Australia’s pioneering endeavours as we acknowledge our own history.

There are a few exceptions such as with the likes of Thomas Mitchell, the renowned explorer who led an expedition along the Murray-Darling in 1836 and who returned to acknowledge the expeditions participants. His Aboriginal companion, known as John Piper, received the highest acknowledgment and when offered a breast plate/plaque amongst other things, a common reward in the day and one valued amongst his mob, he however asked for something slightly different. John decided he didn’t want one inscribed with ‘King’ of which there were plenty but he preferred one inscribed with ‘Conqueror of the Interior’ and Thomas Mitchell conceded this title readily.

Mitchell even noted in his journal:

“…in most of our difficulties by flood and field, the intelligence and skill of our sable friends made the white fellows appear rather stupid. They could read traces on the earth, climb trees, or dive into the water, better than the ablest of us. In tracing lost cattle, talking to the wildest of natives, hunting, or diving, Piper was the most accomplished man in camp.”

However today despite this, it is the name Thomas Mitchell whom we associate with the acclaim even though he, himself might have disagreed with this opinion. He knew that the expedition owed its success to the knowledge and skill of his Aboriginal companion John Piper. Something many explorers conceded readily in regards to their companions and trackers they employed, but this is not commonly mentioned in the English account of our History. Why?

I often think that it was all part of upholding the fantasy of ‘terra nullius’, which some in our Government still attempt to uphold even today. We need to acknowledge the valuable contributions our Aboriginal and cross culture early Australians made to our country. We do tend to disown their contributions as much as we disown or distort the contributions our convict pioneers made with the singular exception of a few from the very earliest days in the colony which cannot be denied, even though the convict era extended for some 70 years and more.

This omission in our history and society is consistently to the benefit and favour of the few questionable ‘Sterling’ dynasties evident and represented as prevalent in our history.  These such as the Macarthur’s of our world whose contributions to our society were either self interested or really contributions made by their wives who also go unrecognized. Who were these people anyway…? And what are their names doing sprinkled all over our cities, histories and public places.

I personally believe that to ascribe the name of a person to a geographical location or place is of a particular irrational conceit. These people in our history were certainly not representative of the majority of us who are of many ethnic origins and mostly they were associated often in their national origins with the illegal and highly questionable English Rum Corps. Grose, Paterson, Hunter, King … the list is endless it seems as they claim places in our history and cities which perhaps are not rightfully attributed for any reason other than self-interest and note.

They may well have been Governor’s and commercial Industrialists in their day but do they really deserve their prominent place in our history in having their names slapped all over everything in sight. Many of them stamped their names on everything in sight and then promptly left Aus. or had their names of their friends stamped on mountains and passes, streets and the like by cronies in exchange for support in money of questionable explorations, which discovered something that was never really lost, and the person memorialised never actually set foot in Aus.

It is akin to me finding a street sign on a street that had always been there and well known to the locals, proclaiming it a new find and deciding to call it a ‘sign Geraldine’ after great aunt somebody and then telling everyone it is sign Geraldine for the remainder of history… come on! Really? There was nothing wrong with the street sign in the first place and they certainly didn’t create it… actually ‘Pit St’ (as an eg.) was good, it told you where the pit was and it was all about the ‘song’ of the land that travelled along song-lines, which travelled to places and told of history along the way in a manner that could be remembered and celebrated. Lets return to those beautiful songs and celebrate our land and our links to it and ditch the people naming crap.

When I make this type of common criticism of our national history and our habit of calling an street sign a ‘Geraldine sign’ I am pointing out a common disregard for reality found in our history and repeating a unjustified practice in one culture, amongst a number of cultural practices. I apply this criticism to all sectors of the Australian Community. Including the Aboriginal sector, which suffers from a reverse effect in denying a cultural influence and ignoring reality.

It is common practice today to negate the cultural influence many cross-culture Aboriginal Australians have experienced from their mixed ancestry in favour of the Aboriginal side, totally ignoring any influence from the European or Asian side and its consequence in education and opportunity or lack of it. A consequence of dispossession often bought on by questionable policies and social practices of the day within their communities.

My own personal ancestral history is very mixed and of many cultural influences as are most true and longstanding Australian families. To deny one side of your ancestry to the point where you openly insult it is truly mixed-up business and yet this is exactly what so many who identify as Aboriginal Australians do today. It does immeasurable damage to your sense of who you are and can be particularly confusing to your own children. Don’t be a bigot in matters of your own ancestry.

It is really about time we ditched the unrealistic ‘English predilection’ in our education and social conscious and acknowledged who it really was who built and moulded this country to be the amazing place that it is.

It is time for the truth… and all of it!

1 thought on “Aboriginal and Convict Pioneers – Australia’s Own”