Australian History, as Australians and the world is told in our society and schools is largely a fantasy… It is the construct of a self-interested class of people who have an obsession with ‘Mother England’ and who attempt to rule our society even today. Why and just what is it they want us to believe?

It was interesting to read a former Prime Ministers comments recently published, someone within the system who has had the chance to consider all the flaws evident in the machinery of our Government which was formed under English rule.

So what is it that can be considered corrupted in our historical account? Read on…

The list goes on, and still the fallacies perpetuate. I hear them regularly and the ones that get right up my nose are those that are true fantasies, which are then replaced by other equally offensive fallacies or constructs which are designed to gain attention or cause dissention, particularly that which fosters racial and cultural discontent.

In regards to the social aspects of our history, commonly believed these are some of the aspects which are truly racially orientated. 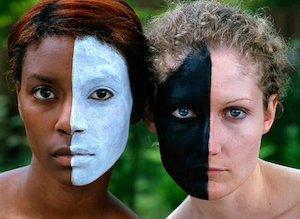 On the edges of reality are the beliefs that whitefellas raped and mistreated black women. This by the way it true in part, but what is true about the statement is that men have raped and used women throughout our history. It is a crime of the sexes, not purely one of the race. Black women were commonly ill used by their own people as were all women when measured by the standards we use today in regard to liberty and freedom.

Race is often inconsequential when it comes to the aggressive male need to display a prowess and rape is seen by such men as a demonstration of their prowess or power. What is important to such men is the ease of access they can gain to women or their intended victims.

The domination of any woman or person is  a warped means of expressing prowess to themselves, as is proven throughout history. Some men will always see themselves as deserving of any female they take a fancy too. The female is faceless and merely seen as a means to an end, a victim without value or identity as a person, even in today’s society. Rape is a crime of violence and domination. It is not a crime of passion and often not even a sexual pleasure, the pleasure the perpetrator feels. Rape is more about propping up a lagging sense of personal power and the effects rape has on its victim are only dismissed or discounted by those who run little risk of being so victimized. Place a young personable teenage rapist in a male prison environment and see how attitudes change.

The reality is that women down through history were traded for commodities and what was commonly traded was the service of sex. In Aboriginal traditional culture this trade was often arranged by the men in their lives, or their families or those who considered themselves the owner of the woman.

This owner, In the early colonial culture of Australia, was commonly the penal authority of the day who themselves were agents of the government and ‘ticket of leave’ convicts or soldiers. The women would also make such arrangements them selves knowing the inevitability of the situation, gaining advantage for their families, children or men.

Australia by the way was called New Holland or New South Wales for the first thirty years or so and it was paternalistically considered largely a group of penal settlements in a land inhabited by curious yet wily natives. The concept of ‘war’ was never entered into, unlike the historical account of New Zealand’s settlement (NZ by the way was then part of Australia as we understand it today though the native population had a very different cultural structure.).

Within the tribal culture of the Australian Aboriginal society, women had no spiritual presence as purported by their men. They were traditionally an item of trade and barter and in large men considered that they owned their women. This was an accepted social practice of the colonial era in both the Aboriginal tribes and also the colonial government of the day in regards to convict women.

Today, disturbingly, it still exists in some communities and societies and this is what we need to change. It is the social practice that needs to change, the acceptance of abuse and poverty as the norm’. The dependence on outside agencies to solve any and all problems is also a very common expectation where social disorder and poverty exists in any community regardless of racial orientation. Change however cannot happen externally but must come from within the communities with the assistance of outside agencies if needed. External agents can only attempt to deal with the consequence of such attitudes and in doing so often get it wrong or are easily open to abuse themselves. Unfortunately history has not been a good example on the consequence of such actions and govenement agents have not always been an impartial party.

Just as it was an accepted practice in colonial times to abuse and ill use convict and native women to the extent that they created ‘female factories’ from 1804 for the convicts and as the colonies developed they formed a ‘protectorate board’ in 1838 for natives, both failed miserably to achieve their aims because the society they serviced remained the same. These organizations were an attempt by the paternalistic government of the day to control and profit from the abuse, more so than eliminate it. It certainly failed to eliminate it in our society down through our history.

I am really passionate about truth in history, and because of this I have split this post into two parts… join me again soon to continue this thread. Hang in there… I’m on holidays and I would enjoy to hear your opinions if you also have a view.

2 thoughts on “Historical Mistakes – Owning Your Past – Part 1”