I must admit that I had a smile on my dial when read the wondrous geographic and social errors in the US media this week. They do seem to regularly get this stuff hideously wrong and it is a sore reflection on their education system. It does seem that educational systems through out the world are more concerned with fantasy than reality often, controlled as they are by Government and Religious mainstream doctrine. 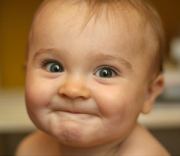 We have reason to wonder if the national education of our kids, once they have conquered the A B C’s along with the 1 2 3’s should be more about how to learn what is relevant to you than about what to learn. Consider this… the reality that once you enter the tertiary education level … the 1st year is more about repeating old lessons than actually learning anything new. Perhaps it is time we took a serious look at just what our kids need to really learn, given the social pressures and social nightmares we are now dealing with from within our communities. Social behaviour seriously is at a historical all time low in our society today.

Advice from a teacher this week, who I hold considerable respect for, was this the other day … the curriculum for secondary level schooling is now so crowded that it is becoming untenable and unworkable. I had to agree that there is a point where a curriculum not only becomes so over crowded with nonsense, that it also becomes very close to irrelevant to life’s experience and needs.

Our mainstream teachers are taught, when training for the teaching profession, not what to teach but how to teach. So I am beginning to think that the kids should be taught not what to know, but how to learn. What they would then choose to learn with guidance would at least be more relevant to their individual life experience. 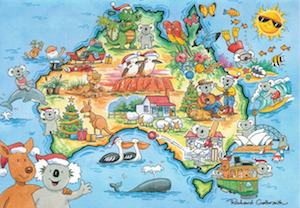 It is no news though really that Australia is pretty much a blank page to the rest of the world, one filled with the smoky euphoria in images of kangaroos, sharks and noisy birds. Recent media releases from international sources brings to mind experiences I have had in my travels overseas when it comes to all things Australian and what the world knows of us.

In part, I can understand it … we are considered to be at the other end of the world and to places in the Northern Hemisphere that is kinda like living on the moon to those up north of the equator. This is about where Aus. is positioned in the mind of the Northerner.

Our experiences in Aus. are very different from the rest of the world… take emigration for eg. … Australia has no shared borders with other countries. Despite the noises those in power make, our illegal immigration problem is ‘phsatt’ compared to the problem other westernized countries. Take Mexicans illegally crossing into the US daily … the estimates are 3,000 a DAY! albeit this is across one border only and these estimates are impossible to establish as real numbers … and we whinge about our paltry number of boat people. What are the facts? … In 2010 we had near 7,000 asylum seekers arrive by boat… that is about 7% of the ‘bums on seats’ in the MCG sporting stadium.

Did you know that there is no offence under Australian Law that criminalizes the act of arriving by boat without visa’s. It might be illegal, but it is not criminal. There is however laws against discrimination and terrorism and our government is now discriminating against people seeking refuge, be it for political or fiscal reasons and terrorizing a nation with ‘phsatt’ figures.

We should be calmly and rationally sifting out the real refugees and offering them help while we put the rest of them straight back on a plane and back in line with the tens of thousands seeking emigration for economic reasons. If they can’t find financially support themselves when they arrive on our shores then we should do so… but not with a cheque! Housing yes… food yes… medical and other assistance yes. No monetary support should be available to anyone who is not a citizen of this country. Too many weasels are sitting on the dole supported by children and 2nd or 3rd wives. It is practically a business arrangement under the auspice of a Lore that definitely isn’t Australian, but a religious practice.

When The Man and I first arrived into Queensland decades ago, we had an emigration centre located quite close to us. It is now a newer and flashier prison. But back then it was knows as Wacol emigration centre and it was where refugees went to help them assimilate into the country. It ran from 1949-1987 and it had the sympathy and co-operation of the community to support it. What has happened to our Government’s collective humanity since then is a sore indictment of our society.

When it comes to the troubles perceived in the numbers of our illegal emigrants, or boat people as the media likes to refer to them. If they chased the visa over-stayers in Aus. instead then they would be busy people. In any given week there are an estimated 70 illegals who have overstayed a visa permit but there is zitto in the news on this just as there is zitto on the 60,000 illegal emigrants running around the country who did not arrive in a boat. There are a lot of things that don’t make the news thanks to the likes of the Murdock enterprises, which is a US concern. They largely control content in our newspapers and media and as someone looking in from the outside of the US… you can see how they easily control their own people and what they are told.

Is it any wonder that I have given up on the telly… there is little to commend the commercial station’s and I am over being told what to buy every five minutes… and this for a solid seven minutes! And as for being persuaded what to think… bugga that. 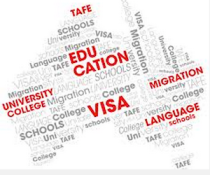 So in large, what we are told and taught by our media and education systems is only what they want us to believe and it is a form of social control. You will not get many innovators and people willing to try something different from a system such as this. There was an amazing dearth of information on the recent ‘March for March’ demonstrations that crowded our cities with thousands of people … Did you notice? It reminded me of the anti-war marches of the 70’s only they got more coverage.

Yet we are again seeing a revolt amongst the people in regards to the current mismanagement of the country by those supporting overseas interests and who find themselves in high places. You know who I mean I am sure. John Abbot, no less if you listen to the US CNN media. Tony has been amazingly silent on that gaff … I am sure if it was Bacca Orama then it would be a different reaction. It is embarrassing when you besties don’t know who you are, particularly on the international stage.

It would be lovely if the pollies spent more time concerning themselves with Australia’s health and balance and less with lining their pockets or collecting and protecting their dish-outs from the gravy train. I still can’t believe they recently took the food out of the mouths of our vets orphans. Perhaps it is time they dished the gravy train instead.

OK rant over … this is what comes of being camped in the back yard for too  long!