The ancient Lore of the Kadaitcha, or Featherfoot is a Lore lost in time. I first began writing fictional tales about this ancient Australian Aboriginal Lore some years ago now, mostly for the young adults seeking something of their own in Australia. Yet still, after four novels and the framework the new series,  I find not only is historical reality a rich resource for a fiction entwined in the facts, but that there is so much more yet to be told of this ancient world.

That these tales went on to become a series dealing with the growth of the Kadaitcha man within his culture and within the mainstream Australian culture, was as much a surprise to me as it is to my readers.

The story had a life and was a world all on its own and the original series, The Dreaming, grew to become four books set in and around Sydney, NE River region of NSW, FN Queensland and in the Daintree Forests . Each book is an independent tale and yet each relates to the others, enhancing your understanding of what is an ancient Australian culture. The books of The Dreaming Series are large books, between 450-600 pages but the tales are laced between truths. They are also written in the Australian vernacular… these are truly Aussie tales.

The Lore of the Kadaitcha, also known as the Featherfoot exists today. In isolated pockets it is a way of life, one that often touches our own lives fleetingly. There are recount and tales of mysterious feats, strange occurrences and those wonders of legend. The stuff of magic my kids would say, but it is real. It happened and you can scour through the recounts in old news-sheets and other writings both old and new and find evidence of it. Some of this evidence can be found on the Facebook page dedicated to the series.

Australian Aboriginal anthropology has always interested me. Even from those childhood days where my fingers would trace ancient etchings found in rock in the Aussie bush around Sydney. On to when we would sit around a campfire and recount the mysteries of this land told in the dark recesses of the star lit night. The bunyip and others, even Snugglepot and Cuddlepie; Yes… even simple fairy tales or aboriginal legends would fill my mind with the intrigues of a mysterious world.

It was also a world I felt a part of as I grew up in the mysterious Aussie bush, listening for and hearing the stories of the land. Those tales and histories told by the Spirits of the Country around me as well as the voices of others in my life. 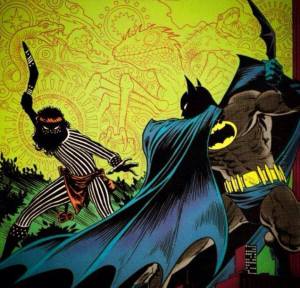 I began writing the tales of The Dreaming Series because I wanted the young adults of Australia to have something of their own. The world is full of fiction, fantastical stories which have no bearing on the practical. I wanted to introduce a more practical and realistic story to the predominant serving of fiction.

The growing predominance of the fictional vampire of the day was in some part an annoyance to me, although there are some great fictional stories that are very entertaining.

It was once said that The Twilight series was a young girls fascination with necrophilia and beastiality… I found that amusing, but I also found it disturbing. Being of a practical bent of mind there were some real problems though in the stories told. For eg. It raises questions:

When dealing with the tales of Aboriginal Lore though, I was dealing with practicalities and real mysteries. I could envisage the skill of shape-shifting, also a part of the phenomena of the vampire crowd. So I had more sympathy for Jacob than Edward in the popular movies of the Twilight series.

That shape-shifting is also a gift of the Australian Aboriginal Lore, which I found in my research, was not a surprise. It is a phenomena often referred to in other old tribal cultures which dips into the concept of our own perception of our world and our interpretation of it. When you see a shard of lightening, one introduced and heralded by a man of Lightening, then followed by deafening thunder… it can freak you out some. I know it near freaked him out as well but it leaves the mind with a mysterious question.

Peeling back the tenets of Aboriginal Lore though was truly an adventure and it continues to be so. It is a Lore often only spoken of by the old Mothers and Fathers of this land to warn or teach their youngsters. Youngsters who don’t often hear, as they think it isn’t real in their world.

There are a number of anthropological studies that are useful and informative. Collecting these together over the years is one of my greatest pleasures. They are a world of wonderful stories and recount written by men and women, of their experiences. Along with the pool of what is my own experience in the Aussie bush and amongst my friends. These things were invaluable to me.

I have just launched a new series, The Spirit Children. The first of the series is Lands Edge, set primarily in Sydney and is available now at Amazon, in both ebook and print. It is the tale of a young shaman, Jeremy, who is first introduced in the 1st book of The Dreaming Series where he is a child growing up in the community on the edge of the ancient caldera of Wollumbin, also known as Mount Warning in NSW. He moves down to Sydney and here discovers the ancient Lore of the Spirit world thriving in a modern world.

In Lands Edge, he embarks on a journey of discovery. One that takes him deep into the Lore of the Kadaitcha, a journey that introduces him to a new world. In the book he meets Kirri who is from the inlands and in time you will hear from her in the 3rd book of the series. This tale in Book 3 is about how her own journey unfolds.

While the stories of The Dreaming Series deals with the shaman and their diversity within the Lore, the following series The Spirit Children expands on this world and culture. It is also a fictional attempt to bring the reader to an understanding of the truly ancient body of Australian Lore.

The Spirit Children series was written for the young adults of my world. It is my attempt to bring an understanding to them of their world and their Country, along with the ancient mysteries that are a part of their world.

The new series is an adventure into the world of the ancient Kadaitcha, or the Featherfoot. It also introduces new concepts in the arrangement of our world. It raises questions concerning the mysteries that harbour within the Caverns of the Dreamtime and will test you with the ancient legends of Wolgaru and the Djaranin.

The first book, Lands Edge, is G rated with less sexual content. The second book, Through Other Eyes (due for release in 2015), is MA rated and initially talks of the same experiences that Jeremy was involved in. However it is from Toms more adult perspective and reveals a world which Jeremy didn’t have the life experience to see.

From there it will then draw you into a world that perhaps you didn’t have an inkling of, as well. I will take you on a journey of adventure through the Jenolan Caves near Sydney. Book 2, Through Other Eyes is due for release in 2015.

I hope you enjoy the tales as I lead you through a new world, a new perspective of your world. It is a world you will not soon forget I promise you.