In a few days we will be crossing the Queensland border into the Northern Territory. We have been travelling the Gulf country where the lands a flat, broken by distant and ancient ranges and the jump-ups of the Australian stone country. The season is kind at the moment and while the temperatures are climbing into the mid and high 30’s C, the humidity has not yet blanketed the land and the night can still be chill. The threat of the monsoon sits across the land but its breath is still held.

I have always been intrigued by the term ‘jump-up’. They are the remnant of craggy and often now flat-topped mountains worn low by an ageless time. They are what’s left of great mountains whose core has escaped the endless erosion of a truly ancient land. If you look out over this vast landscape, one once trapped beneath the inland sea in a time gone by, they would have been islands of refuge.

The world around us now is red, the sands and rocks are red and they do look ancient. Amongst these jump-ups are vast expanses of the stony silt of timeless sands washed and sitting mostly across a flat horizon. The colours are dusty copper and saltbush grey… this describes a greenish sun burnt and bleached tone of a dry land. There are also the olive greens of desert brush but predominant is the red ochre ombre’ of the earth.

This land isn’t dry though, not totally. Beneath the surface sits a timeless aquifer known as the Great Artesian Basin and it feeds a subterranean world and is often pumped up or pushed to the surface to feed our own. It once covered the land, draining from great mountains to the North. These great mountains are now the islands of the Torres Straits, and the mountains of Papua New Guinea, which are separated from Aus by vast shallow salt seas. In our own epoch seasonal monsoon floods feed this aquifer periodically. Those that blanket the land washing it clean each season. As these monsoonal waters drain, this land comes to life having taken its measure of death in the heat of the Dry season and the torrid sweep of the arrival of the monsoon.

The water contained within these rocks and this land is mostly of the Dreamtime. In places it is salty, in others it is full of minerals and can be boiling hot like that which is found at Innot Springs and many other natural springs.

The Spirit Children Series, those born of the Dreaming.

I came across a legend in my research this week that bought this all to mind, it was of a Lore that fascinates me. I study the Lore and Legend of the Dreamtime and I like to collect reference material wherever I travel. This Legend was one though that I carry with me as a general reference. It is a great tome of anthropological works, which I treasure and venture into from time to time. The legend was one of creation, from the pool of the ancient sea that once covered this land.

I am researching for the third book in the ‘Spirit Children’ series, a fictional series of contemporary stories, which tells of how an ancient world struggles to be relevant in a banal society. This ancient Dreamtime story of creation for me was fascinating. It told the story of evolution well ahead of Darwin’s theory, a millennia ahead of the biblical account of creation and yet it was the same story. 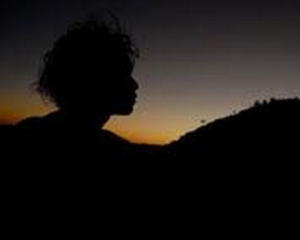 It spoke of how the Creator carved from amongst the ‘inapertwa’ or ancient sea creatures, the figures of man. It told of the Lore of the totem in Aboriginal society. It spoke of how the Creator released the fingers, arms and limbs of the ‘inapertwa’ creatures so that they may walk on the earth. It was a tale of creation told around the region of the Macdonnell Ranges in the Red Centre of Australia, the region where the men and women of the book, in telling their tale, venture on their quest to uncover the truths behind an ancient rite.

For this story to have been told, for this legend to have travelled down through time, man must have been able to recount the principles. Which means he must have been there for the ghost of memory to have been created and recorded in memory. The recount or record identifies landmarks, mountains and regions from where the creation occurred; these passed down in song, rite and campfire tales. It identifies great volcanoes and vast gorges, those now whittled away by time.

One of the most challenging of things in my research is identifying these places and ancient landscapes in a modern time. It is a puzzle and a challenge for me. These great mountains no longer bear the name spoken of in the legends. Civilization imposes its own name upon these natural features and often fails to record the traditional name that is eons old. Tribes as they pass through regions and times have imposed their own languages and legends on these ancient landscapes as well, but it is a challenge, one much more interesting than any crossword or sudoku exercise, and I do love to explore history and time.

We will be venturing down into the Macdonnell Ranges for a short time on this trip. A preliminary visit, as I love to feel the spirit of a place before I write about it in my novels. One of my greatest pleasures in my novels is bringing to the reader an uncertain reality where the reader is left wondering, after reading what is a fictional tale… Is it possible?

Come journey with me.

Jan is an Author and you can find out more about her books here under the tab ‘The Dreaming,’ for fiction tales of the Ancient Aboriginal Lore woven through contemporary times.
You can explore the Lore and Legends of ancient worlds in her stories.
The Spirit Children series, ‘Lands Edge’ Book 1, will take you into the heart of Sydney on an adventure into legend and time. ‘Through other Eyes’ Book 2, will take you deep into the histories of the Jenolan Caves. It has been newly released and is available now at Amazon.com