Before we venture into an area I like to indulge in research. Discovering the delights and the possibilities of a region is one of my favourite things. Research usually sets the stage often for a wonderful adventure and I like to dig into history and the promise of the many different places we travel to. I rarely share my research as it is building … mainly because it is an incomplete work but on the rare occasion I come across research that is just too good to keep all to myself. So it is that I’m gunna break my usual practice and share something of this wonderful adventure with you, ahead of time.

We are planning on crossing the Oondiri Plain (Nullarbor) in a month or two and it is once more time for research. It is this that I want to share with you as I have made some really great discoveries in digging for the information we need. 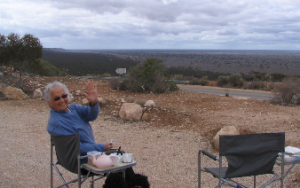 I published a book, Across the Nullabor, some time ago that recounts the tempting adventure of our first crossing and it was a fun little edition of the Around the Campfire Series. Since then we have crossed the Oondiri Plain many times. One of my truly favourite accounts is ‘Out on the Never Never’ which is an adventure I took with my aging Chum-in-law who had never been caravanning before… actually we are both aging but then aren’t we all? In this rip-roaring adventure we also crossed the Nullarbor, only on that occasion it bucketed down and then it found us camped up at a well sheltered freecamp just out of the Fraser Range, at the head of the west-east crossing, while we quite comfortably watched the world slip-sliding away. It was hugely entertaining at the time.

This time our planned crossing of the Oondiri Plain (Nullarbor) is going to be something of an epic though. This time we are planning on getting in and about the little known caves of the region. Most of these caves, if not all of them, are what are termed ‘Wild Caves’. This is that they are remote, isolated and largely unsupervised due to their location. There are of course the more well known caves such as The Cocklebiddy caves and the Koonalda Cave along with a few others, but following is a list of the deeper cave systems better known to cave divers, which will give you an insight to the vast number of caves hidden beneath the arid plains of Oondiri.

What’s not so well known is the tragedy and the danger of these limestone caves. Such as the Pannikin Cave which features in an epic Aussie movie ‘Sanctum’ made in 2011 which was based on a true account of just what can go wrong when you venture into these caves. I can’t wait until this movie arrives in the mail … I am looking forward to viewing it as we sit out on the Hampton Tablelands of the Nullarbor, under the stars hopefully and indulge in some serious ‘spook stuff’ to prepare us for our adventure.

Australia’s First Peoples, the tribal Aboriginal mobs, generally did not venture into the dark regions of the Oondiri Plain caves, with a few exceptions. These exceptions were mostly for mining ochres, flint and for deep ceremony, mostly Secret Mens Business stuff. The Abrakurrie Cave is one of these few exceptions as it has one of the largest single cave chambers in the underside of the world and it also is one of the caves we hope to visit, if not explore. You can read an historical account of a visit to this cave in the Trove collection here … just follow the hyperlink. It makes for great reading as an historical account from 1889 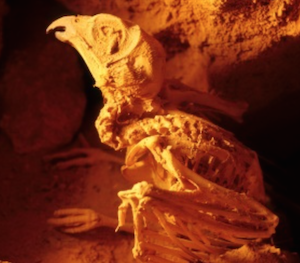 Another feature and mystery of these limestone caves is that of the Thylacoleo Caves. The discovery of a rich fossil hoard of unique Australian megafauna was somewhat unexpected and a truly remarkable find. Many of these creatures were sucked into the deep caves by the in-take breath of the blow holes that are scattered across the plains. They met their deaths half a million or more years ago, stumbling and falling into prehistoric record.

So all this wealth of information is going to make for a truly memorable visit to these ancient limestone caves as we venture across the Oondiri Plain. The tour usually takes 3 days at leisure but we plan on a somewhat longer time frame… so much to see … so little time! 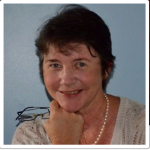 Jan posts to her blog weekly, sometimes more often, sometimes less so. To ‘Follow’ her travels around Australia and journey into Ancient Australia click the “Follow” button at the top of the page and receive an email each time she publishes a new post.

2 thoughts on “Caves of the Nullarbor – Sanctum”