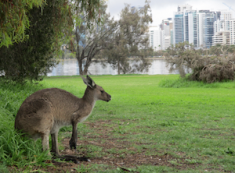 Making your way around the big cities of the world can be a daunting prospect for most. In Aus’ however it is somewhat easier… after all we don’t have so many of these ‘bigger cities’ despite having one of the biggest cities in the world, in terms of area, when it comes to Brisbane.

Australia really only has a handful of places that can truly be termed as a ‘big city’ to contend with. We have one capital city per State or Territory, which is the ‘major’ city. Then there is Canberra, which is also recognized as the territory of the ACT (Australian Capital Territory). It is where we planted the politicians firmly in the middle of nowhere, half way between Sydney and Melbourne, and we had a lot of trouble even agreeing on that believe me.

In Aus’ if you were to gather our truly major ‘cites’ collectively, you would have a mere handful. These are in order of age: Sydney 1788, Hobart 1804, Brisbane 1824, Perth 1829, Melbourne 1835, Adelaide 1836, Darwin 1869, Canberra 1913. That is one per State and Territory in a fashion, though they had to create the territory of ACT in 1911 for the birth of our political centre, Canberra, to save arguments. There are other places you can term cities, relevant mostly as commercial and rural outposts to the major centres, but we will leave that aside for now. 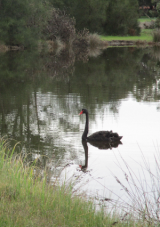 ese several cities, these days, is much easier than it once was. Mostly they have transit cards… those tap on tap off travel cards that allow you to ride on public transport with ease. The Man and I have collected a fist full of these transit cards as we have travelled through each of the major cities in the years, most recent. They are the Brisbane GoCard, the Sydney Opal cards, the Melbourne Myki card and the Perth Smartrider, all very much enjoyed and each having its own individual advantage. The Man and I have also decided that we will leave our transit cards and vehicle etags to the most tenacious of our rels’ to recover the top up monies when we ‘kick the bucket’ so to speak. They are certainly going to need the strengths found in ‘tenacious’ to recover the funds tied up in these things.

One thing we have found invaluable in our travels through the big cities has to be the little Transit apps. Designed for smart-phones, androids, iphones and ipads, these little apps, of which there are a number, are wonderful… We use one of the ‘freebies’ and ours gets us around the major cities in a wink. Listing the buses, train and ferry connections in a number of choices from ‘current location’, which it conveniently finds, to the address of where we want to go. Believe me… I would not be caught without this little bugga’ to guide me around.

We have been currently exploring the offerings in Perth, the sandy city, and as this is one of the most beautiful of Aussie major cities it has been a true delight. We tend to prefer public transport when in the bigger cities as it alleviates the need for parking and with the app in-hand, getting about becomes an adventure in its own right.

Hitting the cities for us often means a tour into history at some point, as we sus’ out all those hidden secrets, those that each city nurtures. In Perth on this most recent visit, we wanted to visit the older history of the city as is often our choice. This history for us does not merely mean that since colonization, but that which stretches into natures antiquity. Finding these treasures in a big city take time however, and th 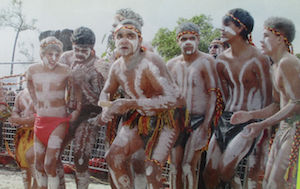 is time we looked to uncover something of prehistory in Perth. So we sort out what remained in the markers of pre-colonization.

For us, the place to begin was to seek out what we could find of the local Noongar tribes people and identify any of the leaders and warriors. In this case we were seeking evidence of their warrior and leader, Yagan. There is a great deal written in the news sheets of the day in regards to this notable and noble tribal warrior.

Our research led us onto Heirisson Island in the Swan River, only a few k’s stroll along the waterfront from the city and the Council have made this a very pleasant experience in their forethought and planning. On Heirisson Island where there is a statue of Yagan, proudly guarding the mouth of the beautiful waterway of the Swan River.

It’s a beautiful serene spot, largely unknown and unrecognized as the proud landmark it is. It is also the preferred city outpost for a number of itinerant travellers and each time the authorities chase these souls off what was a camp for these bushside people, they happily move into the central square in Perth or in and around Government House becoming something of a spectacle in their antics and notoriety. You think the authorities would learn that chasing people from pillar to post is not an answer. 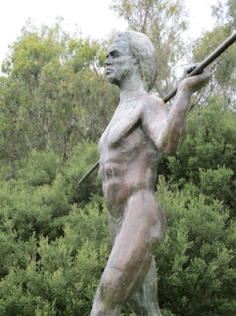 Other notable Australian warriors of pre-federation Australia include: Jandamarra, and the Bunuba War. Pemulwuy, an Australian Aboriginal Kadaicha man and strong leader from the years of early colonization and Windradyne, a warrior and resistance leader of the Wiradjuri nation, in what is now central-western New South Wales, who led his people to peaceful co-existence with the settlers.

History is a wonderful thing and uncovering the often hidden gems of our country is a true pleasure, one that reaches beyond commerce and deep into our Australian experience and Country.

Jan is an author and writer, who write’s about her travel experiences as she and The Man tour the vast continent. From the blue oceans to the red deserts you can read all the many varied experiences of traveling across this land.

Stories of travelling Australia and the travelling experience of a wandering lifestyle, you can experience the richness of life on the wallaby.

Come join us in an adventure in Discover Australia and Her Ancient Lore. 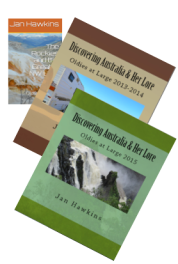