The opportunity to spend time in the beautiful backwater of Bargara in Central Qld Coast, on the Bundy shoreline, is something not to be passed up. What draws us to the region is the nesting of the turtles. Mon Repos, is a precious mainland turtle rookery, active between November and March. This is truly something special that we enjoy visiting when we can. From the labouring of the mums… to the hatching of the clutches, sprinkled up and down the beach at the National Parks Turtle centre near Bundaberg in Qld.

Bundaberg has a wonderful history and we love to cruise the streets looking for the colonial homes of yesteryear. We often enjoy the laid back atmosphere of the city and particularly the Botanical Gardens where there are a host of things to get involved in, including the steam train ride operating Sundays and School Holidays. In spring the place is alive with young, from birds to lizards, it is a photographers delight, a favourite day out for everyone. 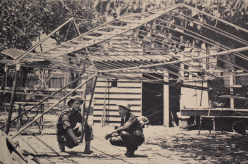 Well worth a few hours is the Bert Hinkler Centre in the Botanical Gardens. One of Australia’s favourite sons, an aviator and a pioneer. Bert Hinkler grew up in and around Bundy and his legend is remarkable. As a teenager he tested out his first gliders along Mon Repos, taking to the skies in his second attempt at flight, to the delight of the locals as he soared overhead in the birthing years of aviation. Gliding over the sand dunes and cane fields in a craft of ply, wire and metal, fashioned inside the shed at his family home. He went on to achieve some remarkable feats, holding record after record to international acclaim. In the Bert Hinkler Centre you can join him in these early endeavours and discover the magic of his remarkable life and achievements. 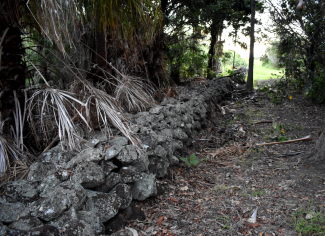 A feature of the Mon Repos roockery is the remnant stone fence built by the Kanaka’s in the mid 1800’s as they laboured to clear the fields for sugar cane, working effectively as slaves. The decendants of the South Sea island tribes still live in the region and laboured hard to develop the area, such as can be seen in the rock pools around Bargara and Mon Repos. The practice of Blackbirding was employed throughout the cane (and pearling) regions and came into focus when the suply of convicts transported to the Aussie shores dried up once transportation was effectivley shut down around 1865. It was to become a violent business and trade, conducted by the Colonists involved in the land grab of the colonial era, and the seafarers transporting goods to and from Aus, looking for trading opportunites on the return run. 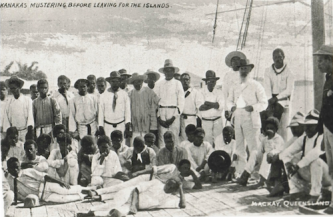 Initially the islanders were contracted by seafarers and a bounty paid when they arrived but coersion, similar to the press gangs of the British seafarers, was a common a practice throughout the Pacific and Australia. Profits were paromount to the Seafarers and Squaters… fortunes made and the suffering of the islanders (and tribespeople from Cape York in FNQ and around Broome in WA) was considerable. It is estimated that some 60,000 islanders were bought to our shores though it is hard to establish numbers. This is about one third the number of the convicts, who preceeded the Kanaka’s, each taken and transported over some 40-60 years of these respective practices. Both these inhumane and cruel practices were employed by the Brits and Squatocracy of the Australian colonial era to feed their grab for land and wealth, at an immeasurable cost to others. In the early years of the colonial era, most of the Governement land squaters were retired military and navy men,

with few being free settlers who had made their way to Aus’ under their own endeavours. The population was largely derived from emancipated convicts and curency kids (as opposed to British Sterling), up until the era of European Immigration, which didn’t get into swing until after the 1860’s.

The governement undertook compulsory repatriatriation in 1906-8 of the remaining, estimated 10,000 islanders, though if you were married to an Aussie you were alowed to remain. The descendants are refered to as South Sea Islanders these days, and are scattered along the eastern coast of Queensland. They, (and the convicts) are an intregal and important part of our Nation, and history, more so than the often bastardus ‘aristocracy’ of England.

You can choose the follow button on the right side of the Home Page and subscribe to any new blog postings on Jans site.

2 thoughts on “Mon Repos, Bundaberg – Turtles and Taking to the Skies”