North of the 26th Parallel on the Sunset side of Australia, the most southern place in Aus where the sun can sit directly overhead and the Gateway to the Greater North West, is a world like no other. 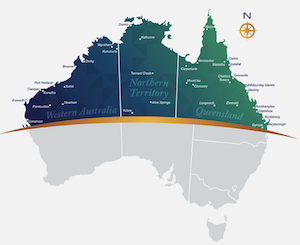 This circle of latitude also defines our State Borders. That between the southern cities and commercial mammoths, and the wilder northern frontiers.

The southern edge of the Pilbara sits snugly just above this parallel. It is an ancient landscape with some of the worlds oldest regions still sitting above water, area’s rich in iron ores which were born when the world was rusting.