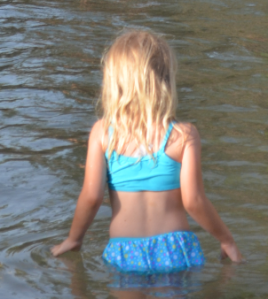 The pic I have used in this article here is of an Aboriginal child. I know for a fact that this child is Aboriginal, in fact her Grandmother is a Traditional Owner and her full siblings are more Aboriginal in features as well as fact.

We are not talking traditional Aboriginal tribal people, very, very few of these people exist if they exist at all in today’s world and if they do exist … why would they join us? Anthropologists will tell you that the traditional tribal Aboriginal race ceased to exist in its purest form in the 1930’s. Today there are near half a million people who see themselves as Aboriginal and many more who can claim aboriginal descent but also have what is largely a convict ancestry from the Colonial Australian era.

END_OF_DOCUMENT_TOKEN_TO_BE_REPLACED

I’ve been involved in land issues lately and the question of traditional ownership and land rights, which is a biggie in Aus consistently. I personally believe that there is a change in loyalties, or perception and it is gradual and rather odd to note. Like a change in the breeze almost and I haven’t yet decided if it’s a good thing, or a bad thing.

I have had a bit to do with land rights over the years, mainly in the formation of opinion and seeing first hand the consequence of land rights decisions. I do believe emphatically that we should rescind the statement of ‘terra nullius’, which the English Crown declared over Australia even though they had only seen an itty bit of it and had no idea how big a landscape it was. Recognise on Facebook is a good place to start as their movement requires this as part of the action proposed. In fact I support that we rescind our connection to England but that is another posting.

As of 30yrs ago only 36% saw ourselves as descendant from the UK, the vast majority of families descend from the EU and this fallacy that we are English has been going on for 200 years. The English might have ruled us for 120yrs before we organized our own Constitution, but they certainly weren’t who we were as a people. It is time we grew up and cut the apron strings.

This declaration of ‘terra nullius’ was the basis in colonization 200yrs ago. Though colonization of this vast land did not begin with the establishment of the penal settlement at Sydney Cove, but some years later. The proclamation of terra nullius is most definitely incorrect and this needs to be addressed as an article in law in defence of our own people who are Australian. The English should have been less series about being able to claim the vast tracts that they did by putting a stick in the sand at some remote location and then doing bugger all about it until they needed a dumping ground for convicts when the US kicked them out a decade or so later.